"I HAVE A DREAM.....that little black boys and black girls will be able to join hands with little white boys and white girls as sisters and brothers." Martin Luther King, Jr August 28th, 1963 Lincoln Memorial, Washington, DC
What an amazing time in history we are witnessing with our children in 2011. This is a day that stands for a time in history by a man who never gave up on his dream for freedom...and even gave his life for it. I feel like we are living in a portion of history, no matter what your political views are, that we are seeing his dream carried out by having a black president. It is amazing to see "the Dream" that Martin Luther King dreamed so long ago come to pass. It is yet, more proof that the seeds that we plant in this world for the kingdom of God never return void, even if we don't get to see them in our lifetime. Martin Luther King's words ring true louder today and tomorrow than any other time in history.
"I HAVE A DREAM deeply rooted in the American Dream...that one day this nation will rise up, live out the true meaning of it's creed and behold these truths to be self evident."
Other quotes:
"Now is the time to make real the promises of justice."
"America has defaulted on the promisory note of freedom. I refuse to believe that the Bank of Justice is bankrupt."
"I HAVE A DREAM that my children will not be judged by the color of their skin but by the content of their character. "
It is almost unbelievable to think that only 48 years ago in this country there stood a man who had to give his life blood for freedom in this country because of the color of his skin. He had to believe by faith that one day there would be freedom of things like freedom to vote and freedom of police brutality...freedom of segregation.
What a wonderful time in history to be able to bring my son home from Africa, his native homeland, and show him the true meaning of America. My prayer is that he will live in a nation that lives up to every one of the dreams that Martin Luther King fought so hard for. That he "will not be judged by the color of his skin but by the content of his character", like MLK so nicely put it.
The simple fact is that we all bleed RED....blacks and whites alike. It is that life blood that so many have given for freedom in this country. They have given their lives as seeds that will not return void. Many of those lives that were taken sacrificially and many of those that were taken unjustly will see justice come to pass in the sight of America at last. We are then left with the task ahead and that is to live it. Live it like never before. Become and remain sisters and brothers like God intended.
Martin Luther King Jr said it best as he ended his speech in the very same place that Obama stood and carried out the dream...
"I wish to speed up the day that all God's children, black and white, Jews and Gentiles, protestants and catholics, will join hands and sing the words to the old Negro spiritual song...
Free At Last, Free At Last, Good God Almighty, Free At Last." Let Freedom Ring
Unbelievable speech if you have not seen it.  (Silence the music at the bottom to listen)
Even more unbelievable....His last speech
Posted by Unknown at 5:46 AM 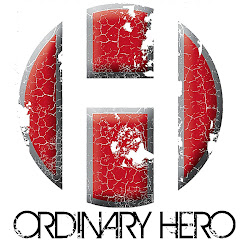